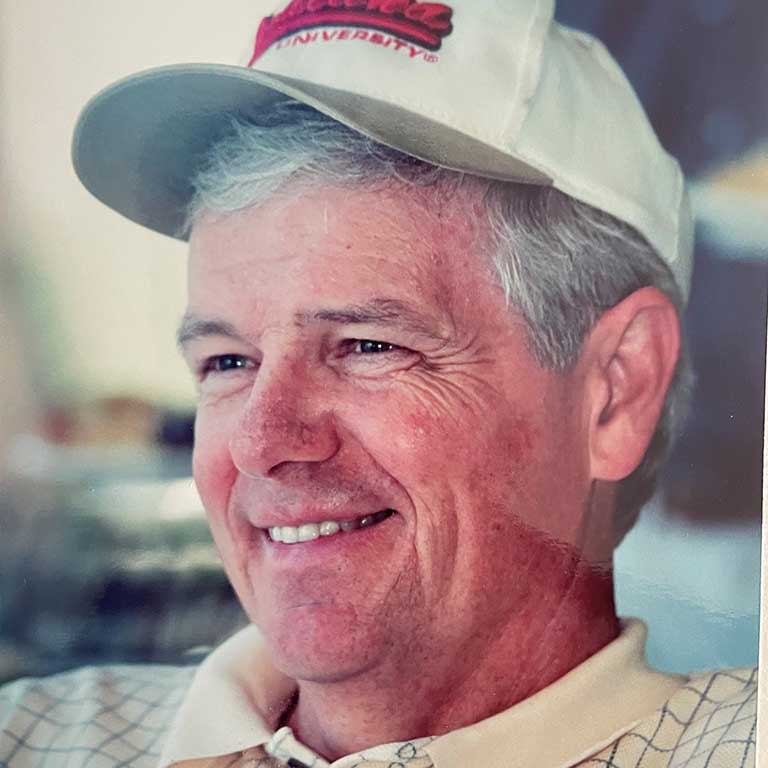 After graduating from Indiana University in 1967, James Buher began working at the Aerospace Research Applications Center for Arthur Weimer, who had been dean of the IU School of Business.

In 1971, when Buher was planning to leave IU, Weimer asked him to first meet with Charles Bonser, who was starting a new school.

Buher met with Bonser and subsequently joined him on January 1, 1972, about two months before the O’Neill School (then-School of Public and Environmental Affairs) was approved by the state. The staff consisted of three people, Bonser, his secretary Jan Unterbrink, and Buher.

“Dr. Bonser said he was working on the academic side and asked me to handle the administrative side—facilities, budget, personnel, etc.,” said Buher. “We looked to IU regional campuses for people to direct the programs he wanted to establish on those campuses. We found people for Indianapolis—Monte Juilerat, Gary—Mark Reshkin, South Bend—Tom DeCoster, but had to wait a year for Ft. Wayne.”

The school’s initial leadership team was completed with the addition of Roy Jumper and H. George Frederickson, both associate deans for the statewide school.

“It was exciting to be a part of establishing a new, multi-campus IU school, a school that was to become one of the leading schools in the country,” said Buher. “I really enjoyed working with Dean Bonser and later with Dean Barnes during the continued growth of the school. I left the O’Neill School in 2001, after 30 years, and I was fortunate to assume the same type of position in the new IU School of Informatics.”