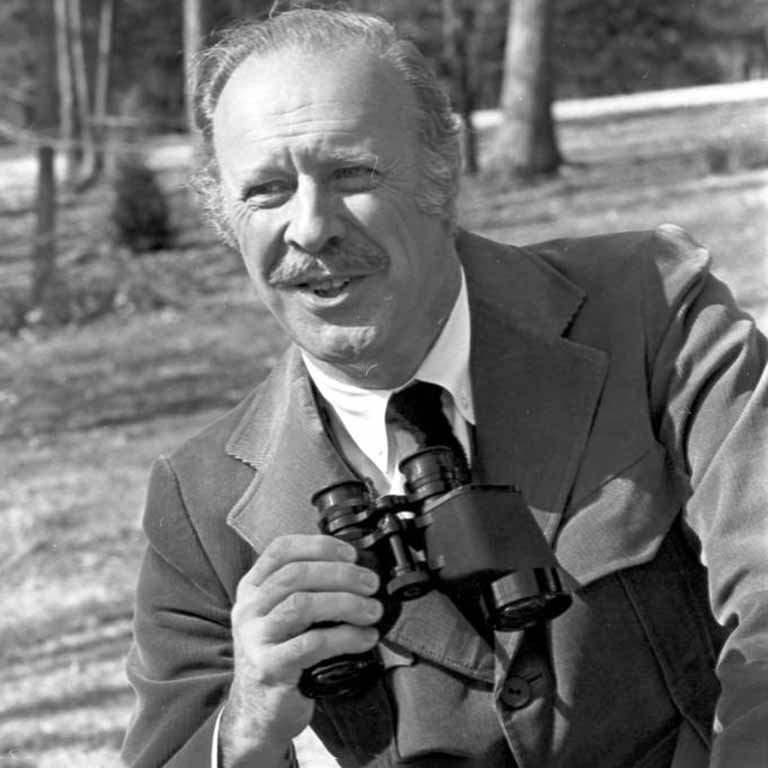 Before he ever stepped foot into the O’Neill School, Professor Lynton K. Caldwell was known as one of the world’s most influential voices when it came to protecting the environment.

The Montezuma, Iowa native served as an assistant professor of government at Indiana University South Bend early in his career and taught at multiple universities before coming to IU Bloomington in 1965.

By the time he arrived in Bloomington, Caldwell had already made an impact with his 1962 article, “Environment: A New Focus for Public Policy?” which was published in Public Administration Review. That piece helped establish the field of environmental policy studies, and he was the originator of the environmental impact statement in the 1969 National Environmental Policy Act.

Caldwell’s presence on campus in the late 1960s helped catalyze the creation of the O’Neill School of Public and Environmental Affairs—Caldwell was part of the committee that established the school—and he would serve on the faculty until his retirement in 1984. Over his career, he was the internationally acclaimed author or coauthor of 15 books and more than 250 scholarly articles.

Caldwell was a supporter of using sound science and technology to better understand how humans were impacting the environment, and he focused on the cause-and-effect of every aspect of environmental planning and administration.

He served on numerous boards and committees throughout his career, including the Commission on Environmental Policy, Law; the Administration of the International Union for Conservation of Nature and Natural Resources; the International Environment Programs of the National Academy of Sciences; and the Natural Areas Advisory Committee at Indiana University.

Caldwell passed away in 2006 at the age of 92, but he is remembered at the O’Neill School by the Lynton Caldwell Professorship, held by David Konisky in 2022.