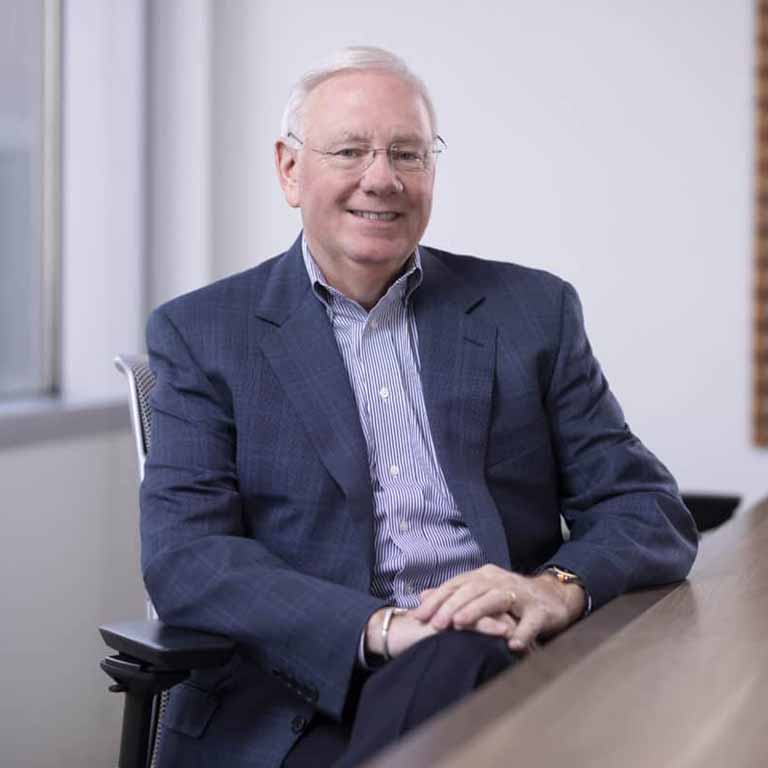 Brian Clarke’s connections to the O’Neill School run broad and deep. As an early entrant to the school, his connections began with an interest in politics and human resources. He served as student body president from 1977-78 and graduated with a bachelor’s degree in Personnel Administration and Labor Relations—a degree that, at the time, was only offered through the O’Neill School (then-School of Public and Environmental Affairs).

From Bloomington, Clarke made his way to Chicago where he spent his early years with John Sheridan Associates, the Quaker Oats Company (where he met his wife, Zada), and the First National Bank of Chicago – earning his MBA from Northwestern during his time with the bank.

It was at Northwestern where Clarke met a fellow student/cohort member who, along with two others, would ultimately found Kensington International in 1989. The global consulting firm specialized in retained executive search, leadership, and team development and outplacement. During his 32 years as a managing partner with the firm (Clarke retired in December 2021), Clarke completed well over 600 search assignments and was named to BusinessWeek.com’s list of the “World’s Most Influential Headhunters.” ​

But it’s service, not honors, that bring Clarke the most satisfaction.

“Honestly, I consider my biggest career-related accomplishment to be helping build a business large and successful enough that it allowed me to have the time and treasure to give back,” Clarke says.

The giving back includes being asked to serve as a founding (now emeritus) member of the Distinguished Alumni Council for the O’Neill School and serving as board chair of the Chicago Theological Seminary.

Above all else, Clarke’s family—wife Zada; two daughters, Rachel and Leslie (also an IU alum); and three grandchildren, Riley, Carson, and Sarah—stand out.

“Be open, listen, and be willing to compromise,” Clarke says. “Extremes serve no one effectively.”