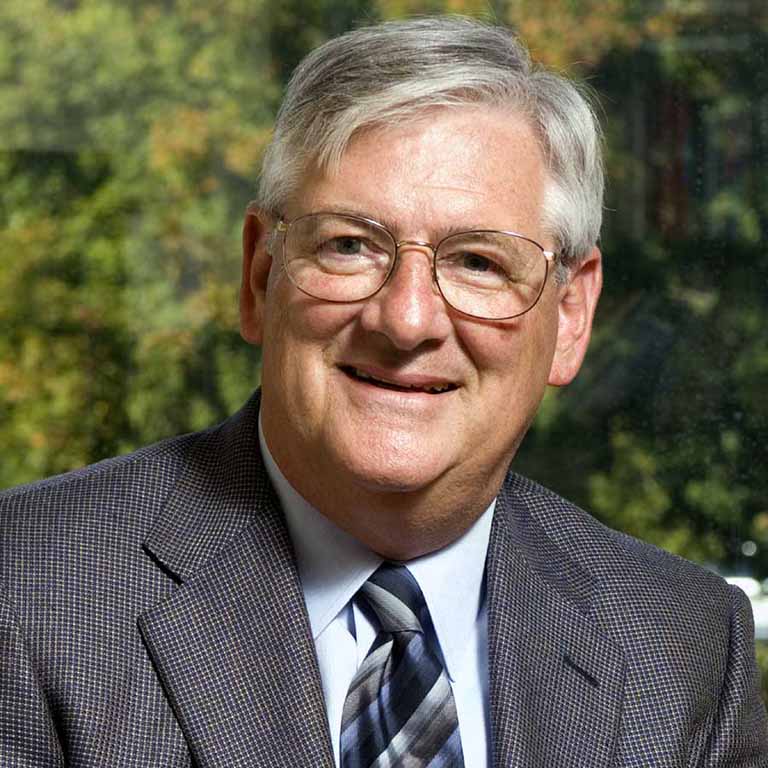 Eugene B. McGregor was among the first faculty to join the O'Neill School in 1973 when the school was just getting started.

“The 1972 Trustee proposal to create a system-wide school, charged with helping IU deal with ‘the needs and problems of a modern society’ and tasked with coordinating and adding visibility to university efforts in the areas of ‘academics, placement, research, research applications, and professional and technical assistance,’ was a gamble,” said McGregor. “With the 1982 dedication of the SPEA building on Tenth Street, the university became fully vested in what, by then, had become a promising experiment. Five deans later, we now know the bet paid off; the O’Neill School is a multidisciplinary faculty with core competences in public policy analysis, public law, public and nonprofit administration, governance of complex systems, environmental science, and a growing list of problem areas to which such competencies apply.”

Over the years, McGregor has served as director of the Master of Public Affairs degree program, director of the joint Ph.D. Program in Public Policy (with Political Science), chair of Policy and Administration and Policy Analysis faculties, and director of O'Neill's Overseas Education programs.

McGregor specializes in the interaction of politics, public policy, and management practice. He has spent his career studying comparative approaches to complex public systems with an emphasis on strategic management and decision making.

“The school developed during an era of great debate about the role of government in a rapidly changing political economy that has expanded public policy’s use of private and nonprofit sector organizations to produce public value. Added to this layered stack of national, state, and local policy instruments is a growing transnational layer of quasi-governmental and nongovernmental organizations that oversee the course of accelerating globalization and challenges that have grown in scale and complexity,” said McGregor. “What have our graduates been doing and where have they gone over the past 50 years? Have they populated the full stack of opportunities generated by a multidimensional, public-service chessboard? Will future graduates emulate a Paul H. O’Neill meandering career line that might begin in government, move to private and nonprofit sector opportunities and then, later, return to government service? These skill sets should enable such mobility and instill a desire to explore the possibilities they enable.”