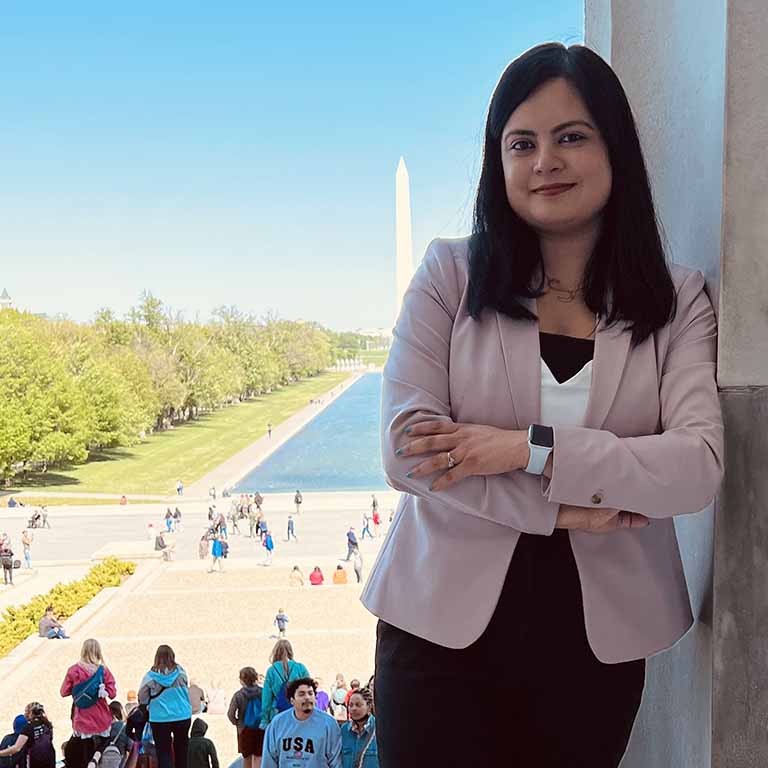 Shreya Paul is a project director at the Institute on Disability at the University of New Hampshire (UNH). After completing her undergraduate degree in mathematics, she pursued her master’s degree in public affairs (MPA) with a concentration in policy analysis from Indiana University.

Paul served in Teach for India during her early professional career, teaching underprivileged children. While working as a teacher, she became passionate about creating a positive change in the world through policy work. The O’Neill school’s prestigious public affairs program and its highly reputed faculty, as well as its widespread alumni network, motivated her to pursue an MPA at the school.

After graduating from the O’Neill School, Paul decided to pursue a career in policy research and was offered her current role by UNH. Paul's research interests span several areas of public policy including those related to disability, health, and education. In her role, she analyzes data from large federal surveys to research data on the impact of disability policies on the lives of those affected.

Paul is passionate about making statistics accessible and available to communities from which the data is collected. She does extensive work to ensure that the statistical products which her center releases are accessible to people with disabilities. She has presented her research at national conferences such as the annual meetings of American Public Health Association and Association of University Centers on Disabilities. Paul also supervises early-career professionals, and she particularly enjoys working with and mentoring students interested in the field of policy research.

Paul advises current students to get involved with the community.

“The alumni network is the biggest asset to any O’Neill student, and one should definitely leverage it,” she says, adding, “The field of public affairs has a very broad scope. Analyze your strengths and skills to identify what you are good at and use those skillsets to create a positive change in the world.”