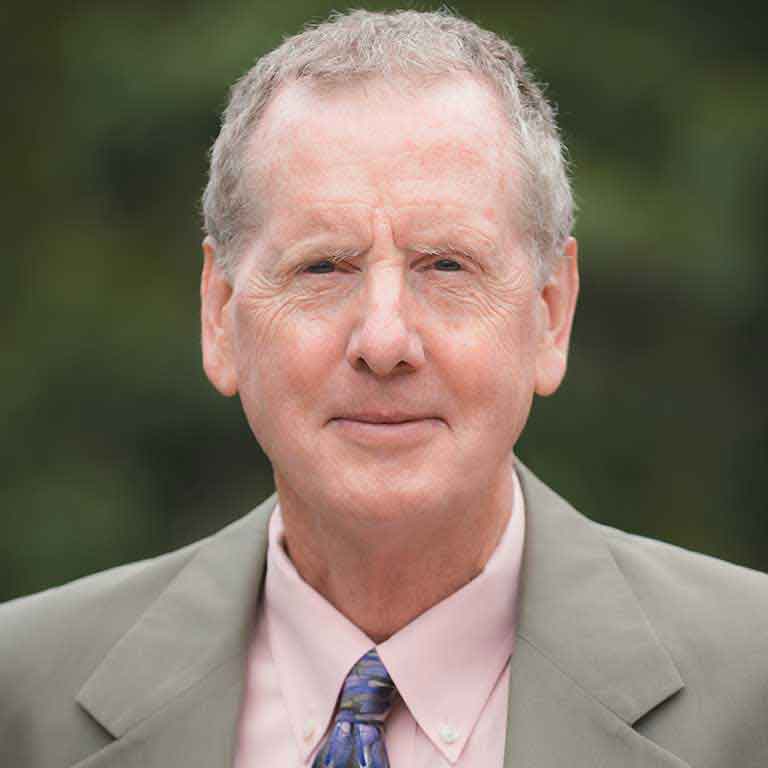 Economist and O’Neill Professor Kurt Zorn specializes in state and local public finance. He currently serves as the acting vice provost for undergraduate education at IU.

Zorn joined Indiana University in August 1980 when the O’Neill School was still headquartered in the Poplars Research and Conference Center and Charles Bonser was dean. Two years later, the school moved to its current location.

“A spacious corner office with a semi-private bathroom and only a few hundred yards from Nick’s. How could you beat this?” Zorn said. “Try a brand-new building that fostered a sense of community with its own classrooms, student-friendly spaces, and easily accessible offices.

“The transition from the Poplars building to our home on 10th Street was bittersweet, but Dean Bonser knew that a growing school—both in size and national and international reputation—needed a building befitting of its stature. As was the case in many things during his tenure, Chuck Bonser’s vision and leadership provided the solid foundation upon which the O’Neill School now stands.”

In addition to his academic duties, Zorn served as faculty athletics representative to the Big Ten and the NCAA for more than a decade. Other posts at IU have included serving as director of state relations, advisor to the president, and interim dean and associate dean for academic and fiscal affairs at the O’Neill School.