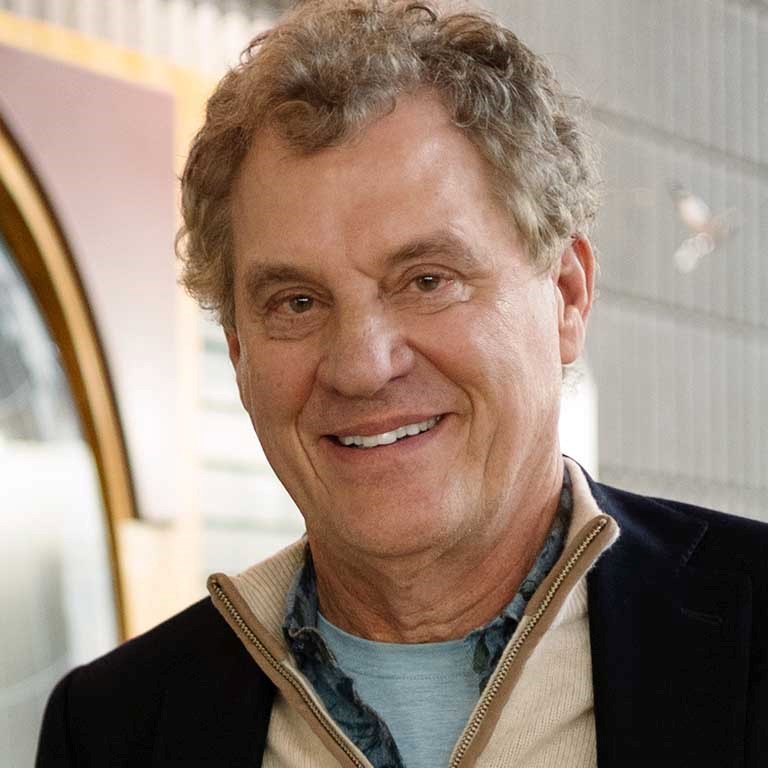 Being in the first graduating class of Master of Science of Environmental Science (MSES) students at the O’Neill School provided a very focused direction for Glenn Montgomery. An entrepreneur at heart, Montgomery liked the idea of seeing where the MSES degree could take him in the private sector.

His path forward was mapped with the aid of key MSES professors and his mentor, the school’s founding dean, Charles "Chuck" Bonser. So, at the school’s 50th anniversary, he could think of no better way to honor Bonser than to make a sizeable contribution to the Charles F. Bonser Scholarship, a scholarship Bonser founded in 1996.

He says the school invested in him, and now he wishes to return the investment made by Dean Bonser and others.

“I want to pay it forward through the Bonser Scholarship,” Montgomery said. “I think more alumni should really consider the opportunity to give back to the school to make it a better place with more opportunities for our next generation of leaders.”

Based on the skills he learned in analytical modeling and geographic information systems as a graduate student, Montgomery founded multiple companies all of which he eventually combined into Convergent Group, later acquired by a Fortune 100 company.

Today, he calls La Jolla, California, home. He spends his time writing, traveling, mentoring young entrepreneurs, sailing in the Pacific, and trekking and hiking around the globe.

Montgomery says the O’Neill School will play a critical role in graduating leaders who will shape the world during the next 50 years and beyond. He believes a graduate education from the O’Neill School is truly a global asset that can be taken anywhere.