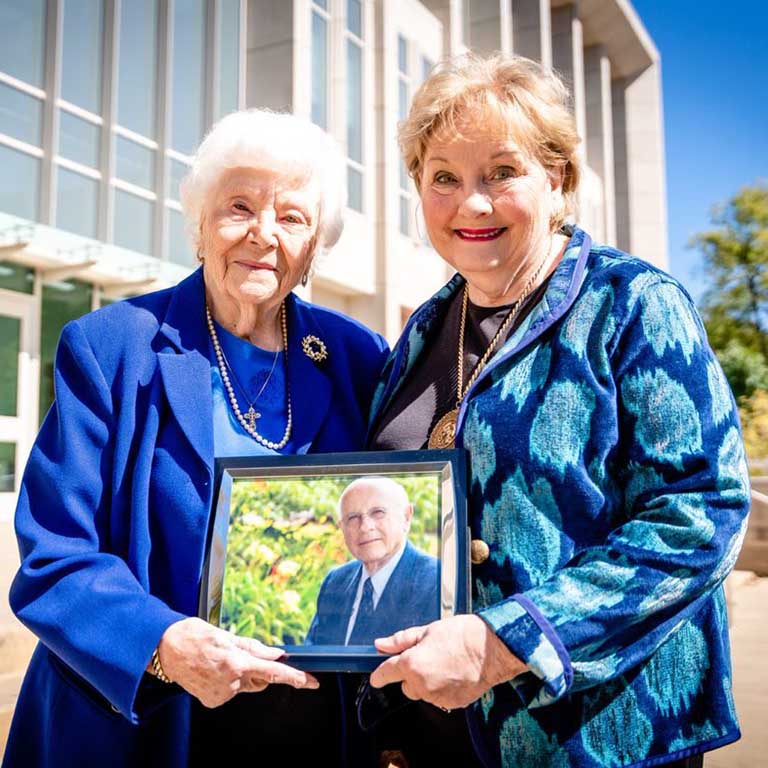 When John Ryan became president of Indiana University in 1971, he had many goals—one of which was to establish a public affairs school.

“John was the first in his family to attend college, getting his undergraduate degree with the aid of a Navy ROTC scholarship,” Pat Ryan said. “He was always interested in supporting students because getting his degree was difficult for him. He wanted to make it easier for students. This school is the culmination of a dream of his. He would be so pleased to see where it is today and the impact its graduates have made.”